3 Things to STOP Doing to Boost Your Mental Health

Critical thinking is reflective reasoning that evaluates arguments and information using intellectual skills to make coherent and logical judgments in a particular context. Critical thinking should be measured to identify the connections between ideas and evaluate the arguments presented.

The critical thinking assessments include the assumptions, arguments, deductions, inference, and interpretation of results. These are used to measure how effectively the candidate can use analytical reasoning to work through the information provided.

Critical thinking can be used to recognize the assumptions which could be implied in text or written. An assumption is defined as a claim that can be accepted without enough evidence. The candidate is expected to evaluate a given scenario carefully and conclude if there are any relevant assumptions in the statement.

The assumptions are important for critical thinkers because claims made with no sufficient evidence may be misleading. As such, assumptions should be avoided in the working world.

A candidate may be presented with a deduction-based question where they are required to assess deductions made regarding the information provided. If they are unable to deduce a statement based on the data provided, that deduction may be nullified.

In this case, the candidate must separate the applicable deductions from the others. Their answers should be guided by the information provided instead of the conclusions the candidate may reach depending on their knowledge.

An inference is a conclusion arrived at based on supposed or observed facts. The candidate is provided with information in the form of a passage regarding a specific event or scene.

During the critical thinking test, the candidate is presented with a range of possible inferences. The candidates conclude from supposed or observed facts. They are provided with short texts which they must consider as true or otherwise.

They are asked to say whether those inferences are absolutely false, absolutely true, possibly true, or possibly false. They may also state whether they are unable to reach a conclusion based on the set of information. The candidates can reach valid conclusions and judge the inferences’ validity and relevance.

The candidate’s choices are guided by what they read from the text and also their judgment. For instance, employee turnover can be triggered by poor working conditions. However, this could occur due to some other reasons- perhaps they have received unwarranted pay cuts.

An important type of question within the critical thinking tests is where the candidate is required to interpret the information. As with assumptions, deductions, and inferences, the candidate is presented with information in a paragraph accompanied by possible conclusions.

The candidate is then asked to interpret the information and decide whether any conclusions are possible as per the information. Interpretations measure the candidate’s ability to understand how to weigh different arguments on a particular issue or question.

The candidate decides if the conclusions match the information beyond reasonable doubts. The conclusion either follows or fails to follow the set of information.

Argument evaluation addresses the issue of the strength of an argument. A candidate is presented with an argument and then they are required to decide the level of strength or weakness of the argument. The candidate determines whether an argument is weak or strong, that is, whether it is important and related to the question. An argument is said to be strong if it is directly linked to the statement given and is significant.

A reliable and valid assessment of a person’s critical thinking skills should challenge the person to demonstrate their ability to use their skills to solve problems. A critical thinking mindset can determine how disposed a candidate is to work towards the achievement of goals.

Argument evaluation determines whether the candidate has honesty and integrity to define problem situations. Thus, critical thinking tests include a reliable and valid assessment of the critical thinking mindset. 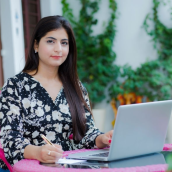