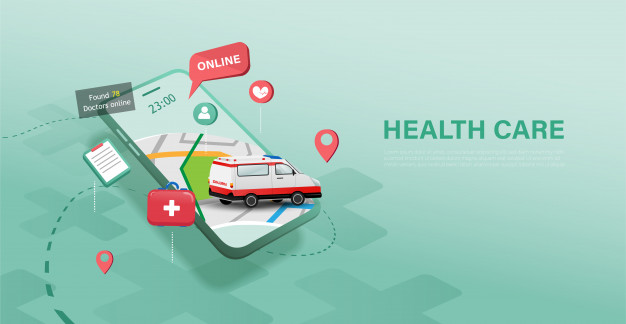 The laws which an app owner needs to follow for his healthcare apps will be explained in the most simple manner and in a layman’s language. If you are facing any difficulty in understanding what rules, regulations, and laws for healthcare apps then you have just come across the right article.

Depending on the potentiality of healthcare apps there are several rules and regulations that an app must follow and violations of such laws may have negative consequences for apps.

Several federal laws that are applied to all the healthcare apps are:

The USA is the leading country when it comes to the healthcare industry and getting in the market is quite difficult.

As strict healthcare laws and approvals act as a barrier to launch any products of health and medicines in the USA market.

Healthcare laws are more strict when compared to other countries of the world as there are three major bodies of the federal government which further decides and gives authority to the apps:

These bodies majorly decide what can flourish in the market and what can not get into the market of the United States.

Let us discuss several laws and regulations in detail:

The human and health service department in the United States administers the HIPAA rules which secure the health information and maintains its privacy.

HIPAA along with congress agreed that electronic transactions of data in healthcare will result in breaching the trust of patients and there might be other frauds with data.

To prevent such malpractices there are various laws and guidelines in HIPAA that are mandated to follow.

HIPAA also asks several entities to issue notifications of any violations with regards to the information of the patients.

The food and drug administration wing implements the FD&C Act and such Act controls and facilitates a secured way to make the apps successful.

Depending upon the category of the healthcare app, the FDA may intervene when there arises a need to oversee the functioning of the app.

This includes the health apps that have higher risks when they can not perform well and according to the guidelines provided under such act.

Unfair practices that prohibit law are taken into consideration by FTC which further also affects interstate commerce between the states.

False health claims and their representations when it comes to the performance of the apps are overlooked by this Act.

Other claims that whack consumer data – its security and privacy.

These rules and regulations provide information to all the customers when there is an infringement of data privacy and harm to its security.

Whenever the apps don’t function according to the provided guidelines then the customers are notified about their status of data.

Can I Sue if I’m a Victim of Police Brutality?

This law is the prime law that controls the registration, patents, copyrights, and use of trademarks in the markets of the United States.

The trademarks and logo used by the company must be cleared and registered under such a department to avoid any issue further which may arise due to negligence in this department.

If the trademarks and patents are used by the third party then they must be put before such departments to get the things to settle and continue to use such patents and trademarks.

The copyright laws in the United States protect the original works of authorship which get fixed by the tangible medium.

The codes which are written for mobile healthcare apps are subjected to registration, protection, and enforcement under this Act.

Digital health apps and their technology information may get patent but still, it totally depends on the category of the app.

When there is something innovative and above the earlier categorization then it gets its patent very easily.

The laws and regulations when gets levied on anything the main motive behind such things are to make things better for the long run.

Laws at an early stage while getting approval and authority might appear difficult and might act as a hindrance but once it is done it will make things more smooth.

To comply and work according to the laws is the perfect way to avoid any harm to goodwill and litigations which might appear in the later stage when apps get the desired results.

10 Benefits Of Hiring An Expert PR And Marketing Agency

How Fulfilling Is Your Career And Is It Time To Make A Change?

Is It Worth It To Hire a Moving Service for Your Relocation?

Effect Of Ethereum On The Finance Sector Of Australia