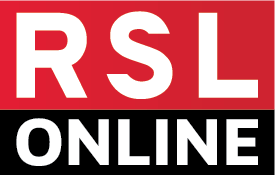 Xiaomi is all set to unveil MIUI 12 later today alongside the Mi 10 Youth Edition. MIUI 12 is expected to bring a lot of new features which include a new user privacy system, overhauled design, and revamped UI for all the Mi apps. But the biggest question among the users is the compatible devices; Well, a leak now reveals the list of Xiaomi and Redmi phones which will receive MIUI 12 update in China in the next few weeks. It seems like Xiaomi will launch MIUI 12 with Android 10 as the base, and once Google launches Android 11 in Q3 2020, the Chinese company will also shift the base of MIUI 12 to Android 11 for some phones, while some remain on Android 10 itself. Continue reading to know the list of Xiaomi phones which will get MIUI 12 update in the near future.

Do make a note that this list is for China, so the global MIUI 12 supported devices list will differ. Phones like Poco F1 and Poco X2 will be added to the list, alongside the recently launched ones like Redmi Note 9 Pro and the Redmi Note 9 Pro Max. Xiaomi is also launching the Redmi Note 9 series in China on April 30 and they are expected to come out with MIUI 12 itself.

While the compatible device list has leaked, the exact release date might be revealed by Xiaomi at the launch event in China today.