Ever since the crypto-mania has engulfed us, Bitcoin has always been at the forefront of the mayhem. It was the first cryptocurrency that was innovated way back in 2007-08 by Satoshi Nakamoto. Ever since then, it has enjoyed its status of being the pre-eminent crypto for investors all over the world.

At the current count, there are more than 100+ cryptocurrencies in circulation today. Hundreds have come before and they have disappeared as well. The success of Bitcoin has played a major role in lending technologies, ideas, and philosophies to so many other cryptocurrencies like Ethereum, Litecoin, XRP, and others.

In this article, we are going to look at five reasons why Bitcoin still holds an edge over other cryptocurrencies. If you are someone that wants to start investing in this domain and are confused about which crypto asset to invest in, this article will help you with your decision.

List of 5 Reasons why Bitcoin is Superior to Other Cryptocurrencies

As compared to any other cryptocurrency, Bitcoin’s adoption has been truly global. It has really enjoyed the first mover’s advantage and put it to great use. For most investors and traders, the world over, Bitcoin was their first foray into cryptocurrency. There have been many others that have tried to displace Bitcoin, but it is very difficult to top its global market cap.

For countries that are already grappling with understanding issues surrounding cryptocurrencies, they cannot afford to deal with too many at the same time. As Bitcoin is relatively well-established, enjoys a massive following and a great market cap, governments are more likely to engage with it in terms of legality, formality, and taxes.

There is no doubt that no other cryptocurrency has been able to give as high returns as Bitcoin has. In fact, it has made normal citizens millionaires overnight! Such has been the growth that Bitcoin has seen that any other asset, leave alone cryptocurrencies have not been able to match the same. This is another way of saying that it enjoys investor confidence on a massive level.

Innumerable cyber experts and criminals have tried to attach the technical and software foundations of Bitcoin. However, Nakamoto’s Blockchain technology is as impenetrable as it ever was. This safety and security inspire investor confidence knowing that the entire financial network cannot be hacked by experts or criminals. This is something others cannot guarantee.

While there have been many other altcoins that have come about promoting one thing or another, Bitcoin has emerged as a major source of value. In other words, it has emerged as a serious asset class similar to gold or real estate for investors. Altcoins have often been touted as a ‘joke’, but Bitcoin is different. It is serious in nature and attracts a different kind of investor.

Home Loan Documentation: What Do I Need to Apply for a Home Loan?

Will Other Altcoins be able to Overtake Bitcoin’s Market Cap and Popularity?

If you have been following conversations on cryptocurrencies, you will notice how Ethereum or Ether is being talked about. Many commentators say that Ether aims to eradicate any negative points that come with Bitcoin. In terms of returns as well, it has shown a climb (in percentage terms) that can be compared with Bitcoin.

However, while Ethereum continues to grow, Bitcoin also does not show any signs of stopping. In fact, for most investors, the choice is between Ethereum and Bitcoin.

Even if Ethereum would continue with its growth rate, it would be a very long time before it can catch up to Bitcoin. Mentioning any other altcoin in the same league as Bitcoin would be disrespectful to Satoshi Nakamoto’s creation.

Other Altcoins are gimmicky in their approach and have failed to attract the interests of serious investors and governments. Bitcoin will continue to grow as formal engagements with governments and institutional investors continue. This is showing no signs of slowing down. 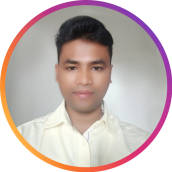 Factors Influencing The Growth Of Cryptocurrencies In 2021

A Beginner’s Guide To Investing In Cryptocurrencies In 2021

How to Invest in Litecoin